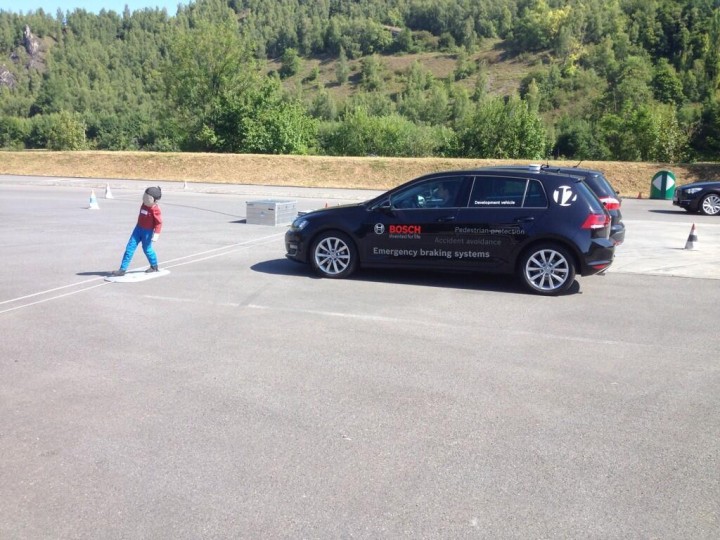 A coalition of industry, NGOs, consumer groups and cities are calling on the European Commission to urgently bring forward new minimum safety standards for new cars, vans and trucks, after years of delays. The European Commission is expected to announce a new package of transport legislation next week, the groups are calling for an announcement on updates to vehicle safety regulations to be included.
The letter from groups including the European Association of Automotive Suppliers (CLEPA), the European Cyclists Federation (ECF), POLIS, the European Transport Safety Council (ETSC) and Transport & Environment (T&E) says new minimum vehicle safety standards are ‘absolutely critical’ to reducing deaths and serious injuries on European roads. 25,500 people were killed in road collisions last year in Europe according to official data published in March, a figure that has hardly budged in three years.
EU vehicle safety standards were last updated eight years ago, despite rapid advances in technology since then. Safer requirements have been expected for at least the last three years, but have been subject to numerous delays. The latest, announced at a meeting of the European Commission’s Motor Vehicle Working Group on 15 February put new proposals back to March 2018.
The groups are concerned that consumers could be getting the wrong impression about the safety of new vehicles. That’s because new cars that currently only meet the minimum legal safety standards in the EU would receive zero stars today in tests carried out by Euro NCAP, a consumer testing organisation. Euro NCAP does not have the resources to test all models of cars and there is currently no equivalent for large vans and lorries.
Last year the European Commission published a list of 19 safety technologies that it is considering to make mandatory. The groups say the Commission should now turn this into a formal legal proposal.
The technologies under consideration for new cars include Automated Emergency Braking, Intelligent Speed Assistance (ISA) – an overridable system for helping drivers stick to speed limits – as well as updates to crash testing requirements. For trucks the Commission is considering upgrading direct vision requirements so truck drivers can see cyclists and pedestrians more easily as well as barriers to prevent them being run over in the event of a collision.