Motorcyclists do care about the environment

A report that was written by the American environmental organization ICCT about pollution by traffic in Paris on hot days turns out to have many flaws. In the ICCT report it was stated that motorcycles emitted a considerable higher amount of CO and NO2 than petrol cars.
The report was much quoted in the press and lead to questions about the accessibility of powered two-wheelers in cities. Of course, this caused much disturbance with motorcyclists and with the industry. However, it has become obvious that the report from ICCT contains many flaws and that the conclusions about motorcycles were premature and even just wrong.
The tests were carried out during the hot summer of 2018, with temperatures during the testing period exceeding 30 degrees Celsius, which is way above the average temperature in Paris. This has a negative effect on the test results. The report mentions that ‘Mopeds and smaller motorcycles tend to drive in close proximity to other vehicles on the road and their emissions plume is oftentimes not clearly distinguishable. Also, the smaller engines used in these vehicles result in a smaller plume signal relative to vehicles with larger engines’. Notwithstanding this clear indication that the test results may not be reliable, the test results are used without any reservation. Another flaw in the report is the expression of emissions on fuel-specific base. The writers admit in the report that ‘this gap would be lessened if emissions were compared on a distance-specific basis’.
Powered two-wheelers use less fuel per kilometre than cars. Although the emissions of all L-category vehicles were measured, the report does not quantify them. There is a large difference between mopeds (Le1-B category vehicles) and motorcycles (Le3 category vehicles). The very small engines of mopeds with a displacement of less than 50cc and the additional high rotations per minute (RPM) makes it much harder to control the emissions than with motorcycles. This should be reflected in the report itself, the conclusions and in the recommendations. Another element that we miss in the report is the fact that it assumes that all vehicles have the same driving dynamics. This is not the case. Cars have to break, run idle and accelerate much more than powered two-wheelers, that except for traffic lights, can stay in motion and therefore are in urban traffic far more fuel economical than cars. This reflects too in the lower emissions of motorcycles.
In a press release of 24 October 2019 , the European motorcycle manufactures association ACEM writes to have grounds to believe “that the report conclusions are based mostly on measurements of L-category vehicles during their acceleration phase. A generalisation of such results simply does not match real urban reality, and results in a drastic overestimation of vehicle emissions.” They also refer to research carried out by the European Research on Mobile Emission Sources (ERMES). This research has clearly shown that the emission performance of Euro 4 motorcycles is similar to that of Euro 5 and 6 petrol cars. These measurements were made using well-established, lab measurement technology and real-world test cycles. According to ACEM the ERMES findings were used by the European Environmental Agency to update its own emissions model (COPERT2) in 2019. ACEM also questions the reliability of the used method due to the smaller engines of powered two-wheelers and therefor the smaller plume signals relative to vehicles with larger engines.
Tests that were carried out by the Joint research Centre of the European Commission in 2013, showed that the emissions of NOx from the tested motorcycles didn’t really differ from that of the petrol cars, but were significantly lower than that of the diesel-powered car. The emissions of HC and CO of the motorcycles where indeed higher that of the cars, but certainly not that much as the TRUE report suggests. Tested were two motorcycles (a smaller 250 cc scooter-type and a large 1200 cc motorcycle, both homologated for the Euro 3 standard) and three cars (a smaller petrol car, a diesel powered car and a big petrol car, all homologated for Euro 4) were tested using three different test cycles. The Euro 3 standards for motorcycles are from 2006. Only in 2016 the Euro 4 standards were implemented and in 2020 the Euro 5 standards will be implemented, which has significant lower emission limits, as is shown in figure 1. 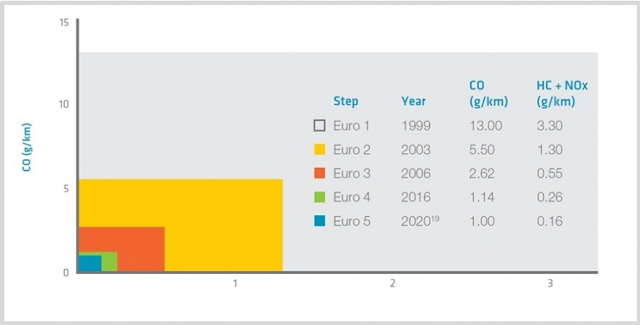 A test of a 700 cc motorcycle, performed at the Faculty of Machines and Transport, Poznan University of Technology in 2018 showed that the HC, NOx and CO emissions stayed well below the legal standard. 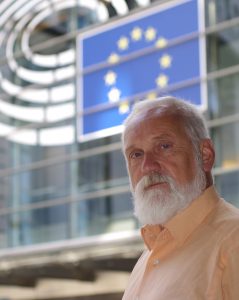 FEMA General Secretary Dolf Willigers comments: “The ICCT/TRUE report on vehicle emissions in Paris has, when it comes to motorcycles, too many flaws to draw any conclusions from it. Even while the writers express some reservations themselves, others did not take that into account and just looked at the conclusions and recommendations that where not entirely consistent with the findings. In the conclusions and recommendations no distinction is made between mopeds and motorcycles, while there is any reason to do so. Even worse is that the used methodology is not suited for motorcycles in these conditions. Motorcyclists do care about the environment and air quality like everybody else and we welcome proper research on motorcycle emissions. However, this is not the way to do it and this works only counter-productive”.
Σχόλιο από Ε.Υ.ΘΥ.Τ.Α. - Παράρτημα Ρόδου στις 31.10.19 Δεν υπάρχουν σχόλια:

We're building a new website and we need your help!

Step Up for Safe Streets this Road Safety Week 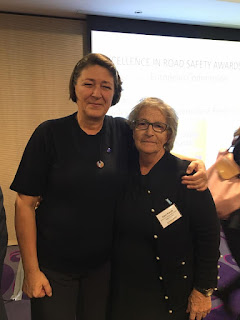 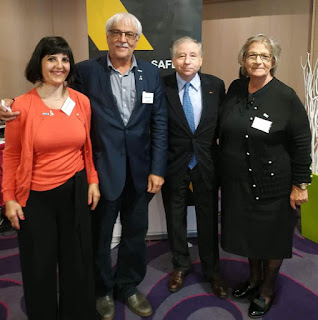 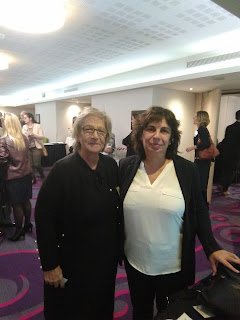 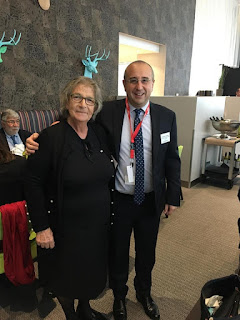 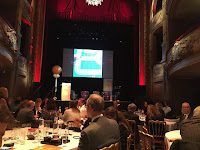 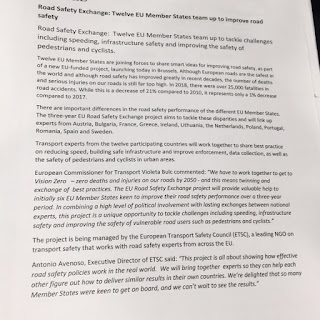 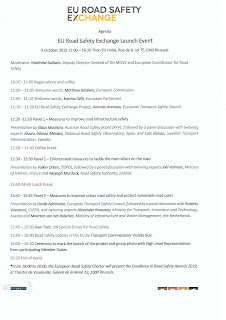 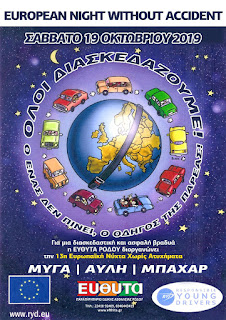 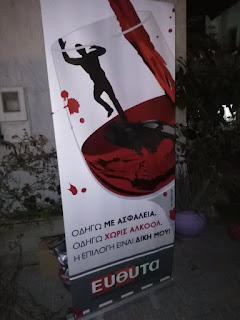 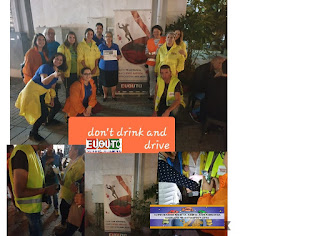 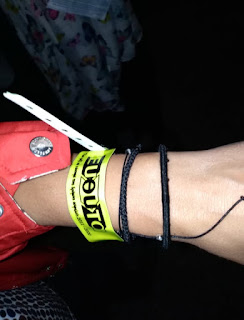 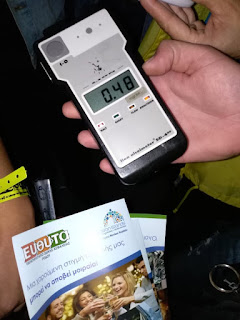 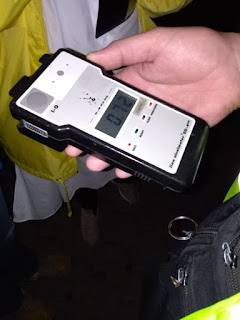