The “VISION ZERO In Cities” program is a concrete response to the challenge of better safety for vulnerable road users, a goal of reducing the number of road crash victims towards Zero by 2030, in built up areas. Vision Zero should be the only target that all should try to reach by working together, from Streets in cities to the whole road network.

The Show will go on 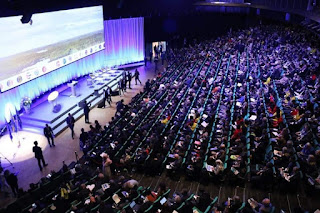 Big Quantity: 1.700 people from 140 countries came to Stockholm to participate to the 3. Global Ministerial Conference on Road Safety from 17-21 february.

Some FEVR members were attending too, to assist to a huge series of Pre-events, Side Events, Parallel events and also Higher and lower Level Events. Some of our members unfortunately could not attend as there were only limited invitations foreseen for NGO´s by the Swed´s.

We also disvovered that’s very expensive over there, for accommodation and especially for hiring a conference room. Four times more than in Brussels top venues. I remember in Brasilia we could use the rooms in the venue for free, for our side-events. But that’s this business.

Here are some of my impressions:

Pre-events, a lot took place at the same time and I regret that some with the same topic like road safety in urban areas, could not be managed to have a common event with common stakeholders in one common room. One topic, many voices. Everyone having his own business.

Topics were great, vulnerable road users, active mobility, climate change, SDG´s but  nothing about the Post Crash Response which was also missing in the draft declaration which was then luckily opened to a public consultations for lower level experts.

Big Quality: Was very well organized by the Swedish Government, easy to find your way, rushing from one event to the next one from lower Level 1 to Level 5 Floor. Coffee and lunch breaks with a lot of plates and places, so no need to queue and a lot of small talks were so possible. 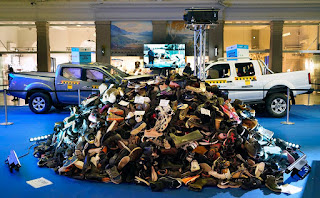 Big Show: The people’s exhibition in the Central Station looked more like a Circus arena, not sure about the cost/effectiveness value of this set up. Despite a good opportunity to meet, lot of pictures shot, some doubts if this call scientifiCALLy very useful.
But times have changed and so has the business, no more as usual when I started 27 years ago. There is no business like show business ... also with victim issues. 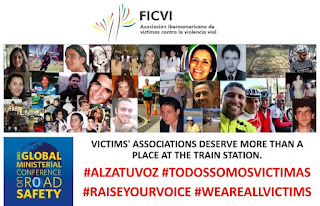 My top ten and heroes: 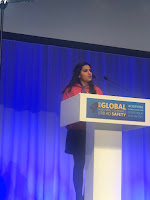 1. Raqui from the Youth Assembly speech finally at the final session. Youth was well represented there and this gives some hope for the future that with their business they Show more than we achieved. 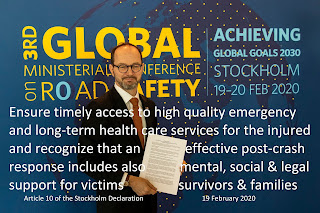 2.The Stockholm Declaration, discovering that FEVR amendment about Post Crash Response had been included.

3. Viviam Perrone and Caro Smits heros, demos with shoes in the opening session, who were finally arrested by the security and no more allowed to assist to the conference later on (maybe they should have waited until the King Gustav had left) 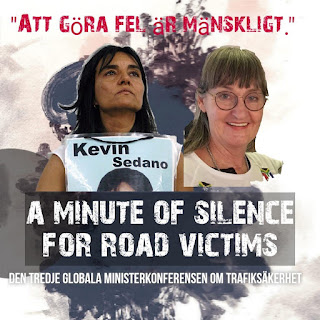 4. Etienne Krug, WHO,
who saved the victims claim for a forgotten minute of silence with a pair of children shoes at the end.
WHO forgot about this for the opening? 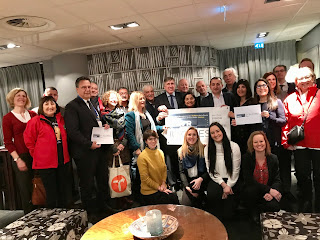 5. FEVR pre-event “Vision Zero In Cities” with a lot of great speakers and good conclusions as well well moderated by our Policy Officer Banita 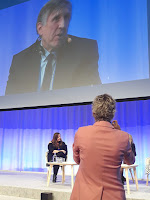 6. Sustainable cities event with “our” Minister Francois Bausch where I was proud to be a Luxemburger.

7. Meeting with other victim organisations to discuss the future of the World Day of Remembrance which should always be led by a united victim task force.

8. Parallel Event: Post Crash Care ( = Response) where we victims succeeded to point out that a real Post Crash needs a response not only on medical care but also investigation and justice for victims should be included. Ands also critics from the floor about a missing word about this in the AEG nine recommendations. 1. 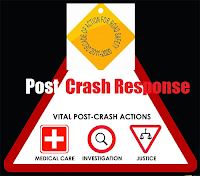 9. Global Alliance presentation of the People´s Survey: lot what we found out in former surveys was confirmed. 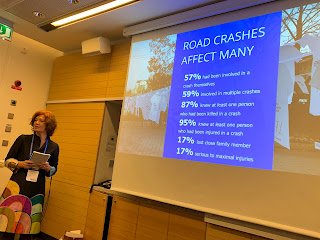 10.  Meeting and Greeting many friends from my country but also from around the world who showed up  and "after Stockholm" invited to Geneva UNECE ITC to speak at Road Safety Side-Event. Again met many higher and lower level Friends. 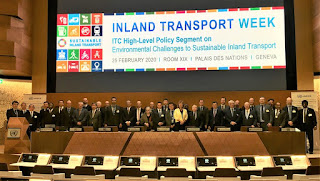 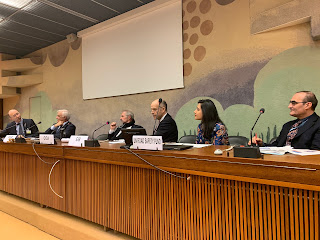 One word, one world ? one family, one show?


And what I retained and 100% agree, also for Victim NGO´s, is a quote from Jean Todt, UN Special Envoy for Road Safety during our Pre-event:

IF WE WANT TO BE STRONGER WE MUST BE ONE VOICE 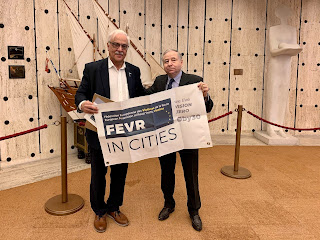