Road Traffic Grounds for children in Comrat and Lapusna In the period 19-20 May 2015, the Automobile Club of Moldova launched two traffic grounds for children in Comrat and Lapusna localities, Republic of Moldova. Construction of these grounds was a part of Moldovan-Estonian project „Practical traffic education and traffic grounds building for pupils from Moldovan towns” carried out under the auspices of theEstonian Ministry of Foreign Affairs within the Strategy of Estonian Cooperation and Humanitarian Aid 2011-2015.
The road traffic grounds were built as a result of the Moldovan-Estonian pilot project successfully carried out in 2013 (learn more: http://goo.gl/Zhk9YI ).
The project is aimed at reducing road accidents involving children through traffic education and by building traffic grounds in Moldova, based on Estonian experience.
The road traffic grounds for children have traffic prevention role by demonstrating real road situations, education of a proper behavior on the road from early childhood, and therefore, avoidance of possible fatalities.
Project partners: Automobile Club of Moldova, MTU Trafficprof, Estonian Police, National Patrol Inspectorate. The project’s local partners are: Executive Committee of Gagauzia – in Comrat and the District Council of Hincesti – in Lapusna. In Comrat the traffic ground was built on the territory on “N. Tretiacov” Lyceum and is the largest of all 4 traffic grounds launched so far in Moldova. The official opening event in Comrat was attended by: the Governor of Gagauzia – Mrs. Irina Vlah, representative of the Estonian Development Cooperation in Moldova - Mrs. Olga Goncearova, representatives of the Estonian Police – Mr. Indrek Koemets and Mrs. Marina Paddar, representatives of MTU Tarfficprof – Mr. Remo Perli and Mr. Aivo Varton , the Head of South Battalion of National Patrolling Police – Mr. Iurie Bursuc, the Chief of Internal Affairs of Gagauzia - Mr. Serghei Suhodol, ACM representatives and, of course, the children. 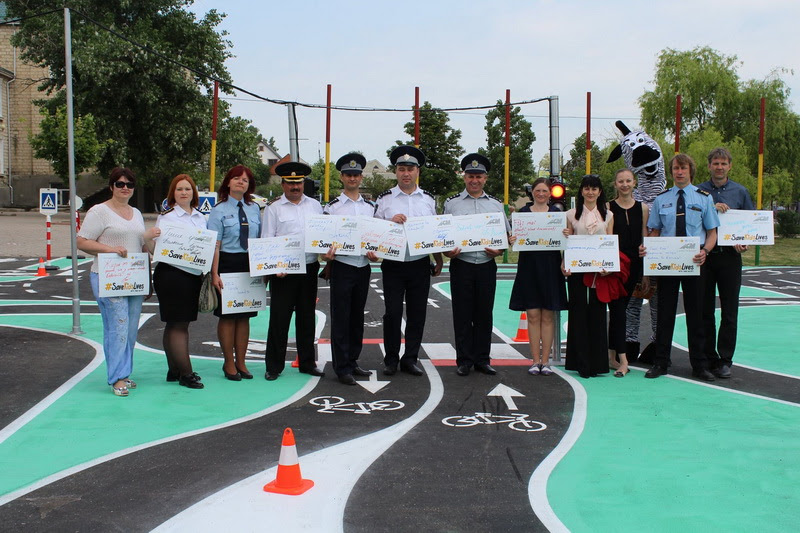 The opening event at “Lapusna” Lyceum was attended by: the Head of National Patrol Inspectorate – Mr. Marin Maxian, EASST director – Mrs. Emma McLennan, the representative of Estonian Embassy to Moldova – Mr. Raul Toomas, the Mayor of Lapusna village, the District Council representatives and the WHO in Moldova representative. The Estonian Police carried out practical lessons with children on the traffic grounds and demonstrated the teaching methodology for teachers and Moldovan Police, for an efficient and sustainable use in future.