Number injured in traffic incidents far greater than thought, according to new research 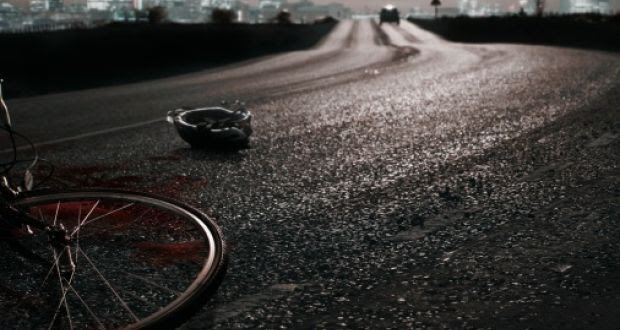 Data examined from three sources – police, hospitals and Injuries Board

The number of people injured by road traffic incidents is far greater than generally thought, according to two academics who have assembled data from diverse sources which are currently not included in official statistics.
As a result, they believe the number of serious injuries are double the number reported and that 10 times as many cyclists have clinically serious injuries compared to the number reported.
Brian Caufield is an assistant professor at the department of civil, structural and environmental engineering in Trinity College, Dublin, where Jack Short – former secretary general of the international transport forum – is a researcher.
Together, they examined data from three sources – the police, hospitals and the Injuries Board – which, they believe, gave a more accurate picture of the extent of injuries sustained in crashes than the statistics of the Road Safety Authority (RSA) alone.
“The research shows that RSA data alone do not measure the extent or nature of the road traffic injury problem, while hospital data identify additional and different injuries with only 30 per cent overlap with RSA data. A key feature of hospital data is the significant numbers of vulnerable users – especially cyclists and motorcyclists – who are not seen in the RSA data,” said a statement from Trinity College announcing publication of the research.
Responding, the RSA says it accepts that serious road traffic injuries are under reported, and have been for years, citing a 2011 report that estimated serious injuries could be 3.5 times higher than thought.
However, the Authority says part of the problem is achieving an EU-wide consensus as to what constitutes a “serious injury” and for that reason, a spokesman expressed caution on the headline assertion in the Trinity study.
“There has to be agreement, at national and EU level, as to what constitutes a serious injury and we are working on that. We want to be able to say what is going on here but compare that with what is the situation right across Europe,” said the spokesman.
In their study, Caufield and Short used anonymised data from the Garda Síochána and from hospitals for the years 2005 to 2011, and from the Injuries Board for the years 2010-2011.
“A key feature of the hospital data is the significant numbers of vulnerable users, especially cyclists and motorcyclists, who are not seen in the police data,” says the report. “Comparisons between injury severity measures for those in both datasets, show that the number of clinically serious injuries is about twice the police-reported number and that the police definition of serious injury is changing over time.
“Of the vulnerable traffic users, cyclists are the most striking with far larger numbers hospitalised than shown by police. This underlines how the national policy to encourage cycling needs to pay more attention to safety.
“When the third dataset is added to the police and hospital cases, a large number of entirely new injuries is seen. Even if many of these are minor accidents they have a large cost for the individuals and for society. These data need to be taken into account in injury statistics but also improved to provide more reliable and complete information.”
Commenting on the implications of his and Dr Short’s research, Prof Caulfield, said: “New injury indicators are clearly needed, since the existing data do not capture the gravity and extent of the problem. I hope the RSA and other bodies will now realise the importance of further efforts to better understand the traffic injuries problem.”
Σχόλιο από Ε.Υ.ΘΥ.Τ.Α. - Παράρτημα Ρόδου στις 29.5.16